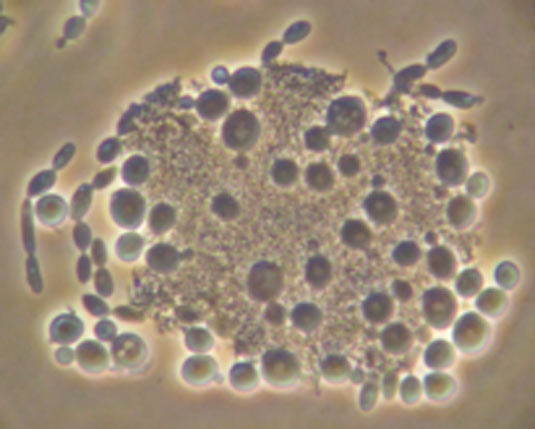 Lactic acid bacteria (LAB) represent a major group of contaminants in industrial ethanol production. Although ethanol production has industrially been used for millennia, the physiological aspects of microbial interactions in these environments remain poorly investigated. The species Lactobacillus vini is very important in this connection, since it has been repeatedly isolated from industrial ethanol plants, where it almost always co-occurrs with the yeast Dekkera bruxellensis. The relationship between D. bruxellensis and L. vini was therefore further investigated. One key observation was the formation of LAB-yeast cells aggregates in co-cultures of these microorganisms. The mechanism of flocculation between yeast and bacterial cells was shown to be mannose-dependent. It was noted that higher mannose concentration was required to inhibit co-flocculation between L. vini and S. cerevisiae compared to L. vini and D. bruxellensis. This could potentially result in faster sedimentation (and thereby loss) of S. cerevisiae cells during industrial cultivations and replaced by D. bruxellensis.