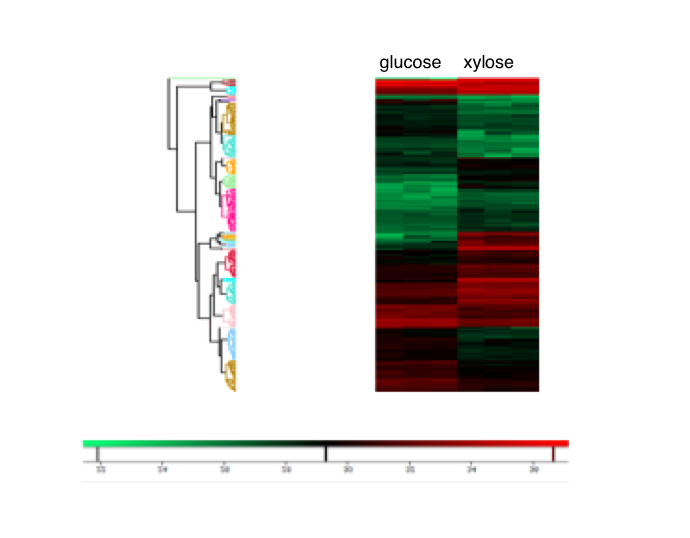 Rhodosporidium toruloides is basidiomycetous oleaginous yeast that can naturally accumulate lipids to more than 50% of their cell mass. R. toruloides is resistant to inhibitors in lignocellulose hydrolysate, can convert xylose to lipids and form carotenoids as a value-added byproduct. R. toruloides is also the best known producer of lipids from glycerol feedstocks. Lipid metabolism in R. toruloides is distinguished by the presence of ATP:citrate lyase, a cytoplasmic malic enzyme, phosphoketolase, enzymes of mitochondrial beta-oxidation and fatty acid synthase with structure different from other fungal species. This makes R. toruloides a promising organism for conversion of inedible substrates into lipids for both biofuels and food applications.The proteome analysis of R.toruloides during conversion of glucose and xylose into lipids revealed 224 proteins showing significantly different abundance between states.